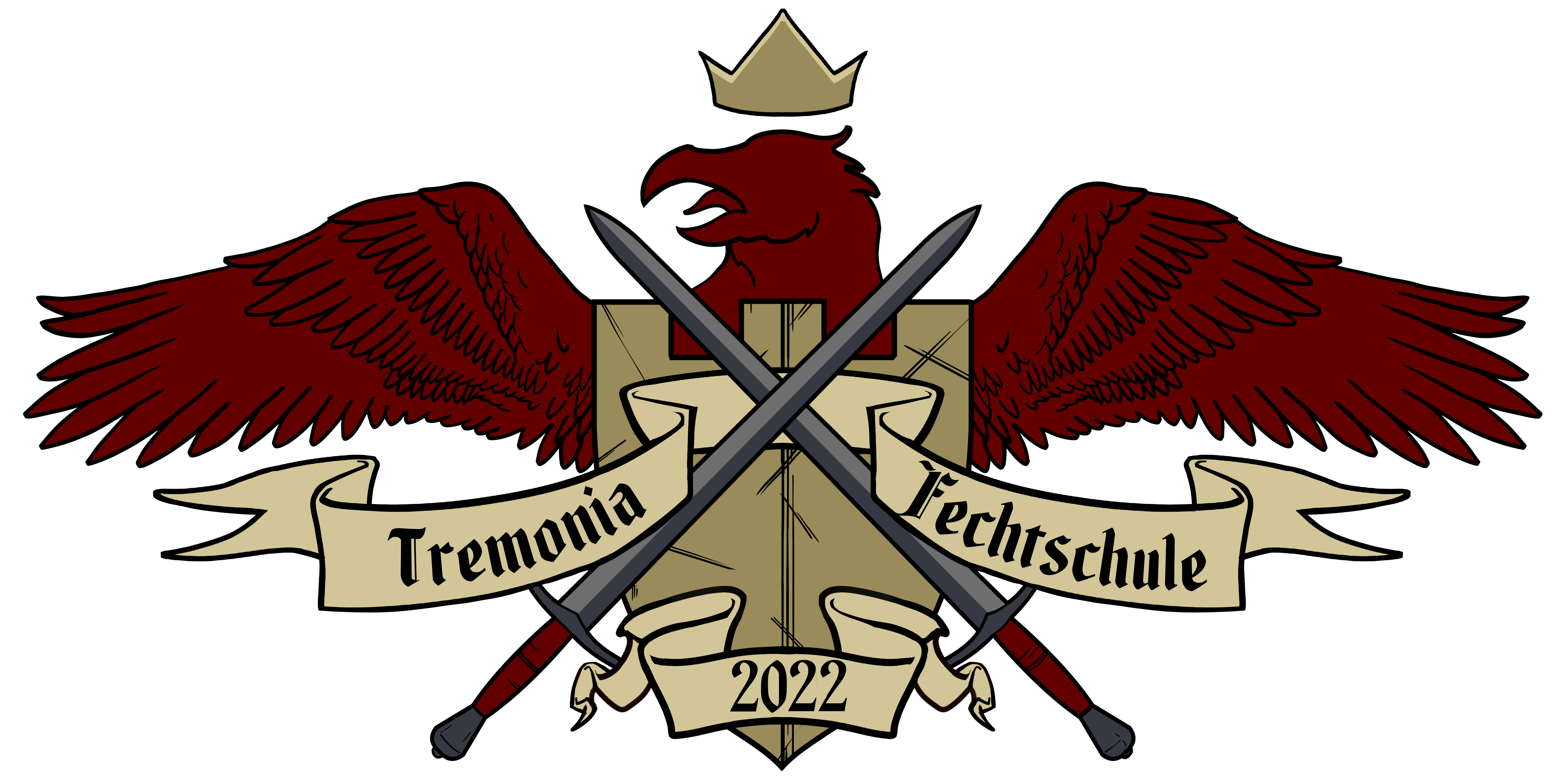 The Tremonia Fechtschule turns ten! And becomes better and better …

This year we will be

We look forward to see all those familiar and new faces who join us in celebrating this anniversary!

Warhammers and Other Impact Weapons (Lecture)

Fabrice will be offering his classic lecture on warhammers and (hopefully) assorted impact weapons in the Late Middle Ages and Renaissance, as there’s more in these beauties than meets the eye (and you don’t want them to meet yours sometimes). 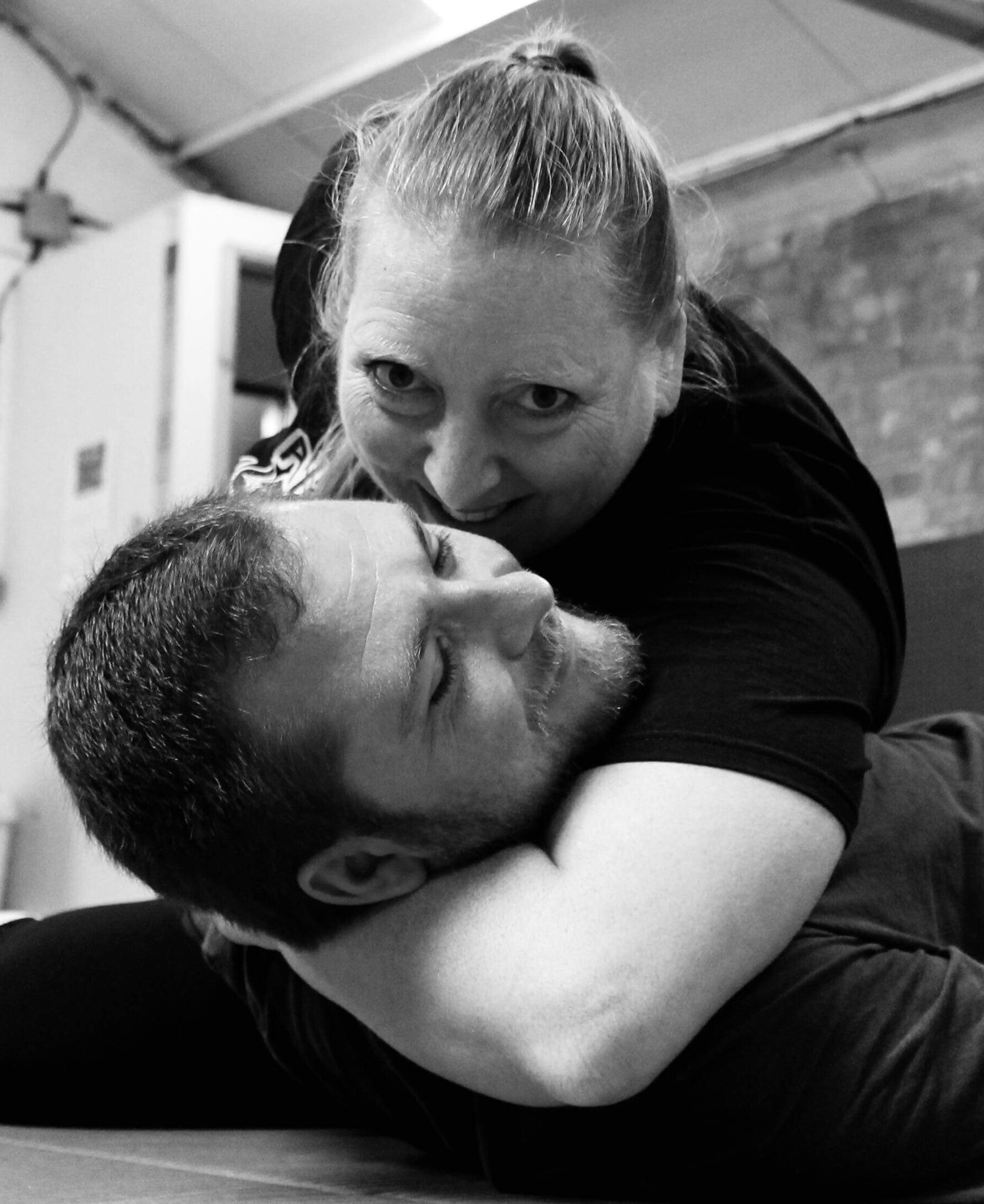 Sue has had a long standing interest in all things HEMA. She found her way to it 22 years ago following successful forays into sport fencing, stage fighting, reenactment and a career as an Officer in the British Army (yes, she really is Captain Kirk). Sue played a central part in the development of HEMA in the U.K. as a past President of the British Federation for Historical Swordplay (BFHS). Sue has been an instructor for over 16 years now, and regularly instructs in a wide range of both armed and unarmed HEMA disciplines at events across the U.K. and internationally. Her breadth of HEMA instruction over the last few years has covered Smallsword, Sabre, Bartitsu/Suffragitsu, WW2 Combatives, and Indian Clubs. Sue developed a real passion for grappling over the years and is excited to introduce workshops In catch wrestling to this event. Assisting her at the event will be Mark Randall, a highly experienced catch wrestler and pugilist. Mark is looking forward to his role as ‘glamorous assistant’.

Catch Wrestling Part I - From Fundamentals to Finding ‘the Pin’ (Workshop)

This part of the workshop will focus on some of the signature moves from the fantastic grappling system of Catch-as-Catch-Can Wrestling. Find out what clocks, train tracks, hay bales, and pins have to do with this wrestling system that reputedly originated in Lancashire, U.K. and has now become a building block of many wrestling and MMA systems. No previous wrestling experience is needed for this session as you will be taken through from the fundamentals.

Equipment: Just bring yourself in normal sports clothing and wrestling boots if you have them. Wearing sparkly pants is entirely optional.

This part of the workshop will focus on some of the signature submissions found in Catch Wrestling. A key part of Catch Wrestling is making life really uncomfortable for an opponent. This is done through having a good understanding of body mechanics, and how to use this to get someone to ‘tap out’ from the fight. This part builds on the first, however, it is still open to everyone.

Equipment: Just bring yourself in normal sports clothing and wrestling boots if you have them. Wearing sparkly pants is entirely optional. 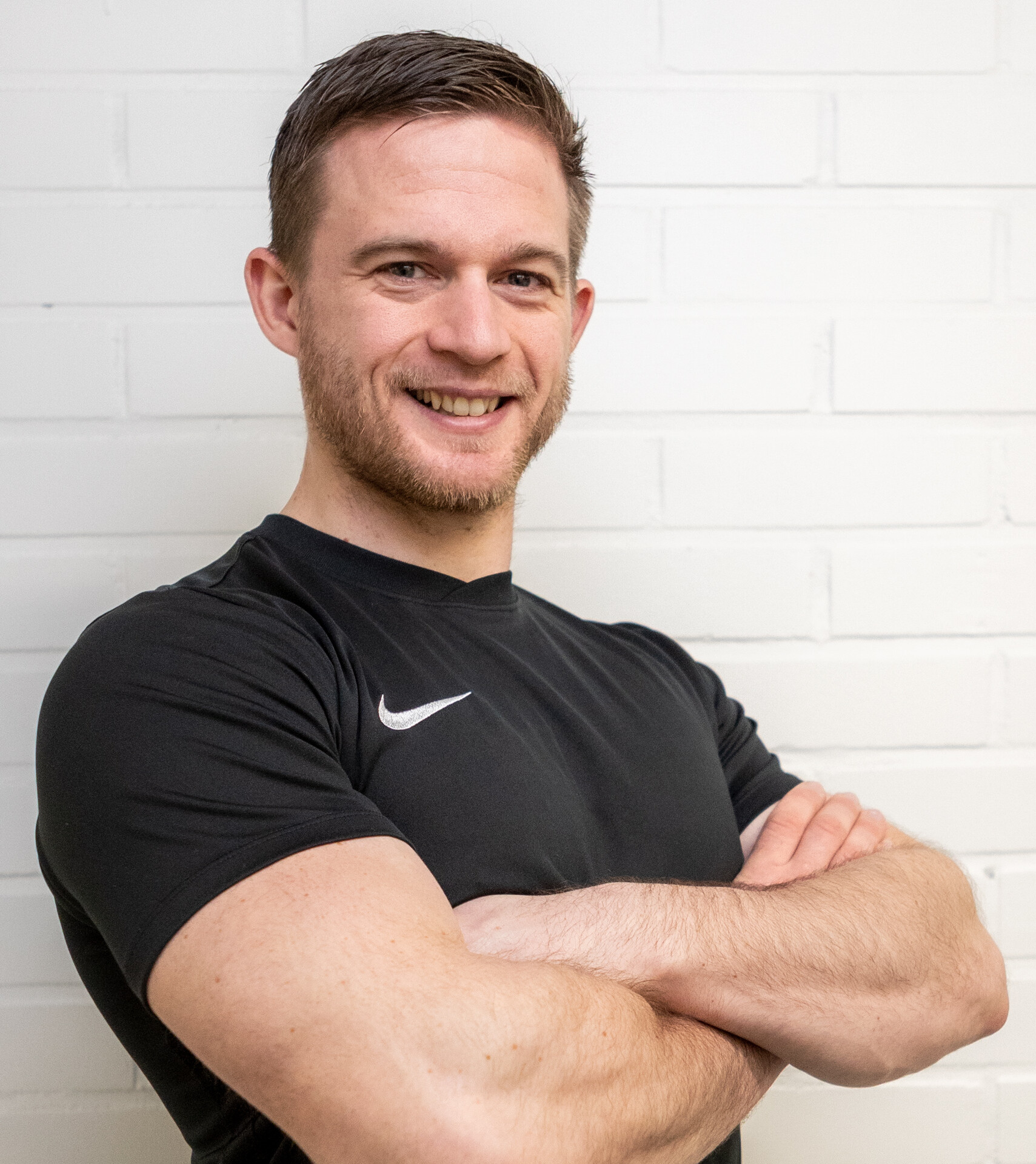 Ties (Matthys) Kool is an international instructor and competitor. He started HEMA in 2002 and founded the HVN – Historisch Vrijvechten Nederland in 2015. He is a very successful competitor in multiple weapon disciplines. The main weapons he teaches are the longsword and military sabre but also works with various dagger and wrestling sources. At the moment he lives in Helsinki, Finland and teaches sabre occasionally at the EHMS. He works as a manager and personal trainer at a high-end gym.

Part 1: We are going to have a look at Durchwechseln from Jude Lew’s Fechtbuch. We will have a look at how it works, how to set it up, how to follow up and a couple of variations to the technique. This will mainly be done to get a feel for the movement and to get an understanding of the timing.

Part 2: In part 2 we will be looking more at the application of the technique, we will do drills to be able to master the techniques, to get as close to sparring as we can and to go through a couple of follow up actions. The workshop will be very applicable and will try to give you enough information and practice to start using the technique in your sparring right away. Towards the end of the workshop we will be gearing up more to be able to train with a bit more speed, this of course is optional. 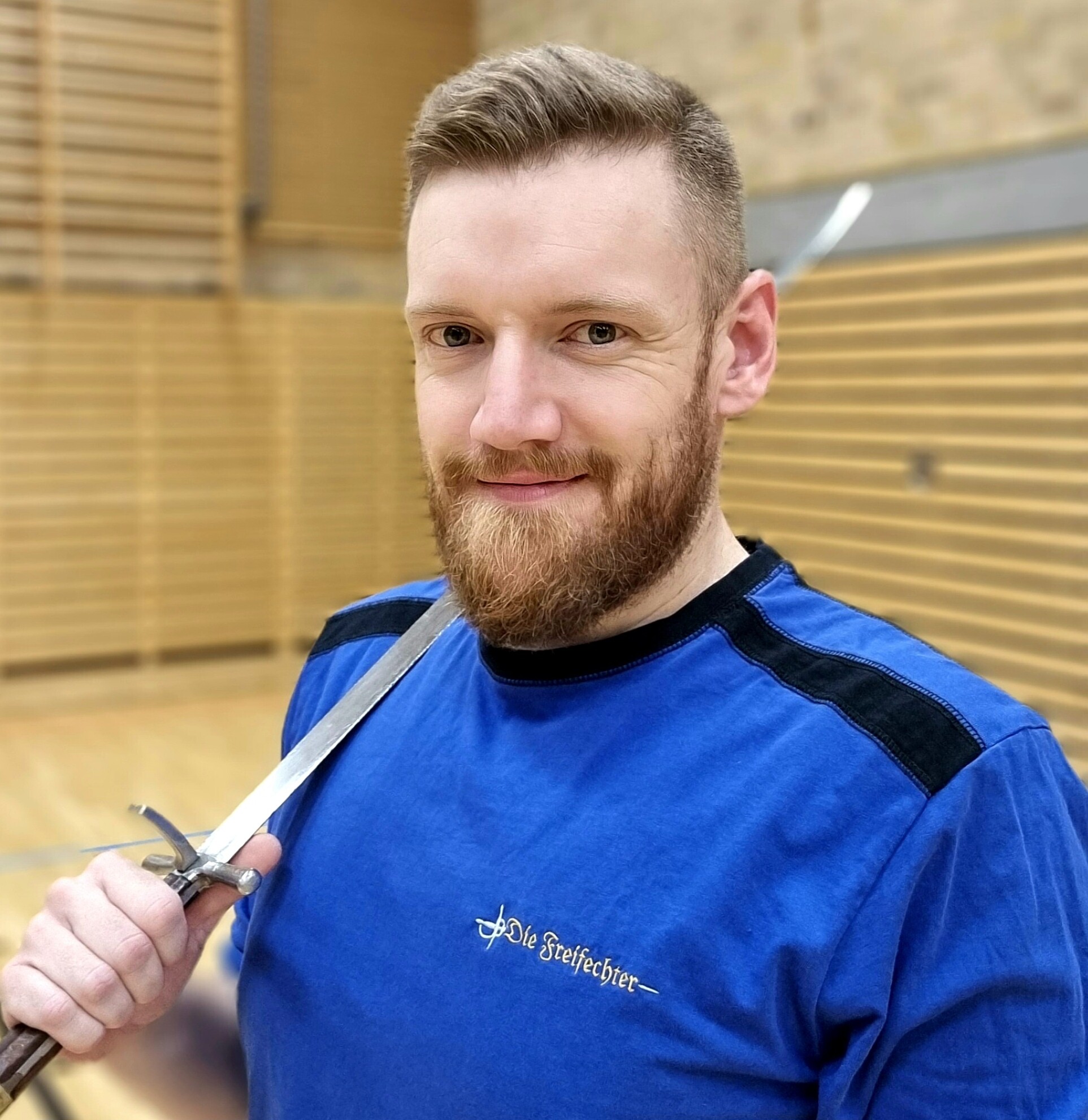 Ulrik has started HEMA in 2014 with British military sources, but very soon found his love for the Messer – which he teaches at the „Freifechter“ in Cologne.
Aside from that he uses his time for the study and training of historical spear fighting and traditional „Tribal Fighting Arts“. 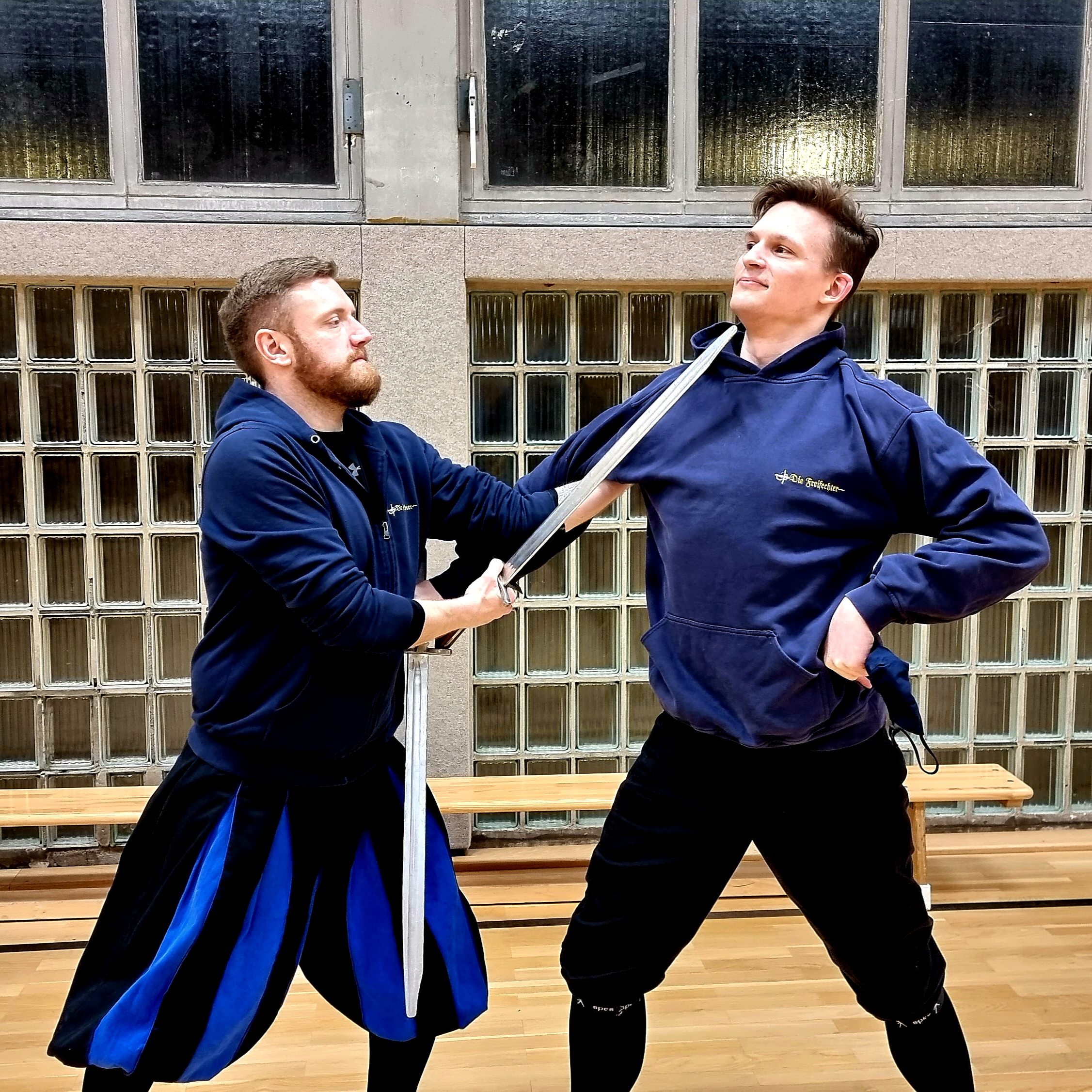 The Inverted Hand
“Displace, go in, go over” (Workshop)

From “point to the face” to “so that they fall”.
Why is the inverted hand such an important and essential part in fencing with the Messer?

We will work through various techniques and plays from different manuscripts of the 15th and 16th century. We will do a variation of collaborative exercises which are built up on each other to get a better understanding on the concept of the inverted hand as well as required body mechanics for efficient application.

Those who want to overpower you
“Indes, lift up, go through” (Workshop)

What to do against those fencers who like to close in and try to overpower us with force?

After learning how to close distance and find entries into wrestling on Saturday, we now take a look at options to efficiently defend ourselves against those very techniques and concepts of the workshop on the Inverted Hand. 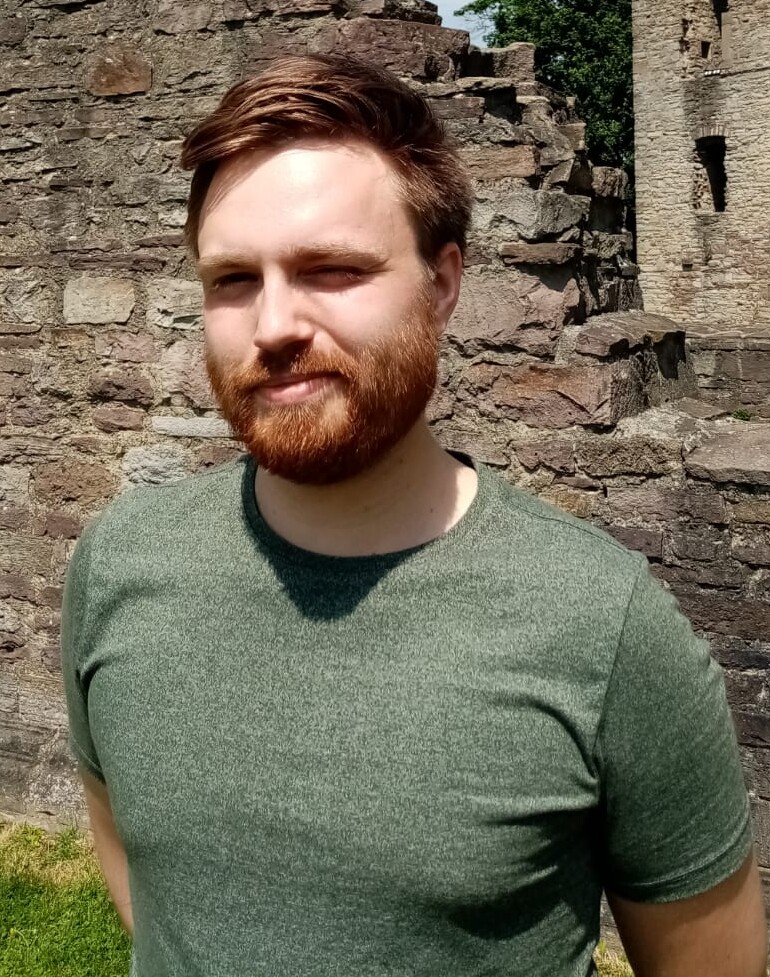 Staying faithful to Tremonia Fechten and HEMA to the best of his abilities in spite of Corona and the final phase of his studies, Marian has been active since 2019. Since he was not satisfied with a Master of Education he decided to top up with a Master of Arts in History at the Ruhruniversität Bochum. His main interests fittingly lie in the late medieval period more specifically the cultural and organisational history. He nevertheless always seeks the discussion of other topics in search of new impulses.

Even though the modern HEMAist:as have to be conceptually differentiated from the late medieval fencers, the surviving fencing tractates continue to function as the foundation of the whole discipline. By engaging with them, new techniques and approaches surface. To facilitate their own engagement with the sources the participants of this workshop will get an introduction into medieval German languages and fonts. Based on vivid examples they will learn among other things why the “Bastarda” is not an illegitimate child and how to use the newly learned knowledge for their own research. 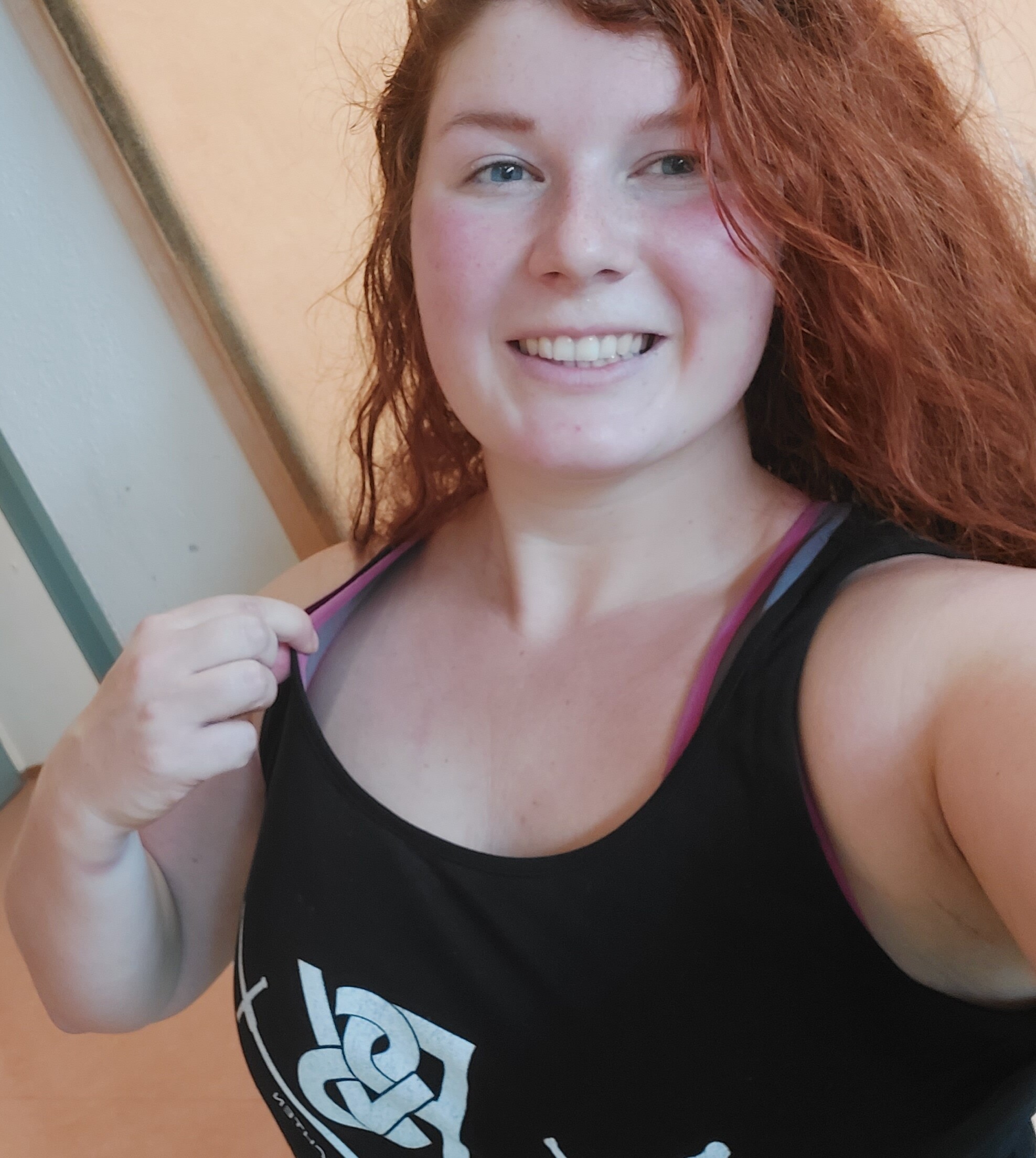 Gerhild Grabitzer began her HEMA journey in 2017 after many years of reenactment. Her focus lies fully on the longsword. She is board member of the ÖFHF, instructor at PSV Graz and tries to contribute to the HEMA scene scientifically as well with her “HEMA Survey Project”. Aside from that she enjoys cozy evenings at home and long walks at the beach.

13V through 16R or: Everything You Need to Know, Housebook Wisdom for Freeplay feat. Döbringer (Workshop)

While usually being a Danzig girl, I have busied myself a lot with the Pol housebook in the last months. This workshop will deal with the basic principles that “Döbringer” presents. The interpetations of which will be explored in partner exercises and then applied in the context of freeplay. Prepare for playful jumping around slowly but surely drifting into supervised free fencing. 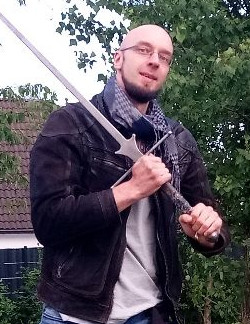 Daniel Bartholomäus Ciupka is a member of Bellum Nobile in Düsseldorf. He started weapon based martial arts training at the age of 16 with Filipino stick fighting and practices HEMA since 2008. Since 2017 he has been teaching Meyer rappier/sidesword. His focus of interest includes Liechtenauer longsword, Meyer sidesword, British sabre, singlestick and walking stick fencing. He won several tournaments in various disciplines, including HEFFAC 2016 (longsword), HVN Charity Tournament 2015 and 2018 (singlestick), World Wide Open Championship 2012 (backsword) and the Offenes SchwertRing Turnier Lüneburg 2019 (sabre and longsword).

From Near and Far - Joachim Meyer's Rappier (Workshop)

Based on a selection of plays we will in this workshop develop an overview over what strategies and options we have in the different distances:

From the seduction from the far distance to binding with strikes and the plays within the bind in middle distance to the grappling in the close distance. 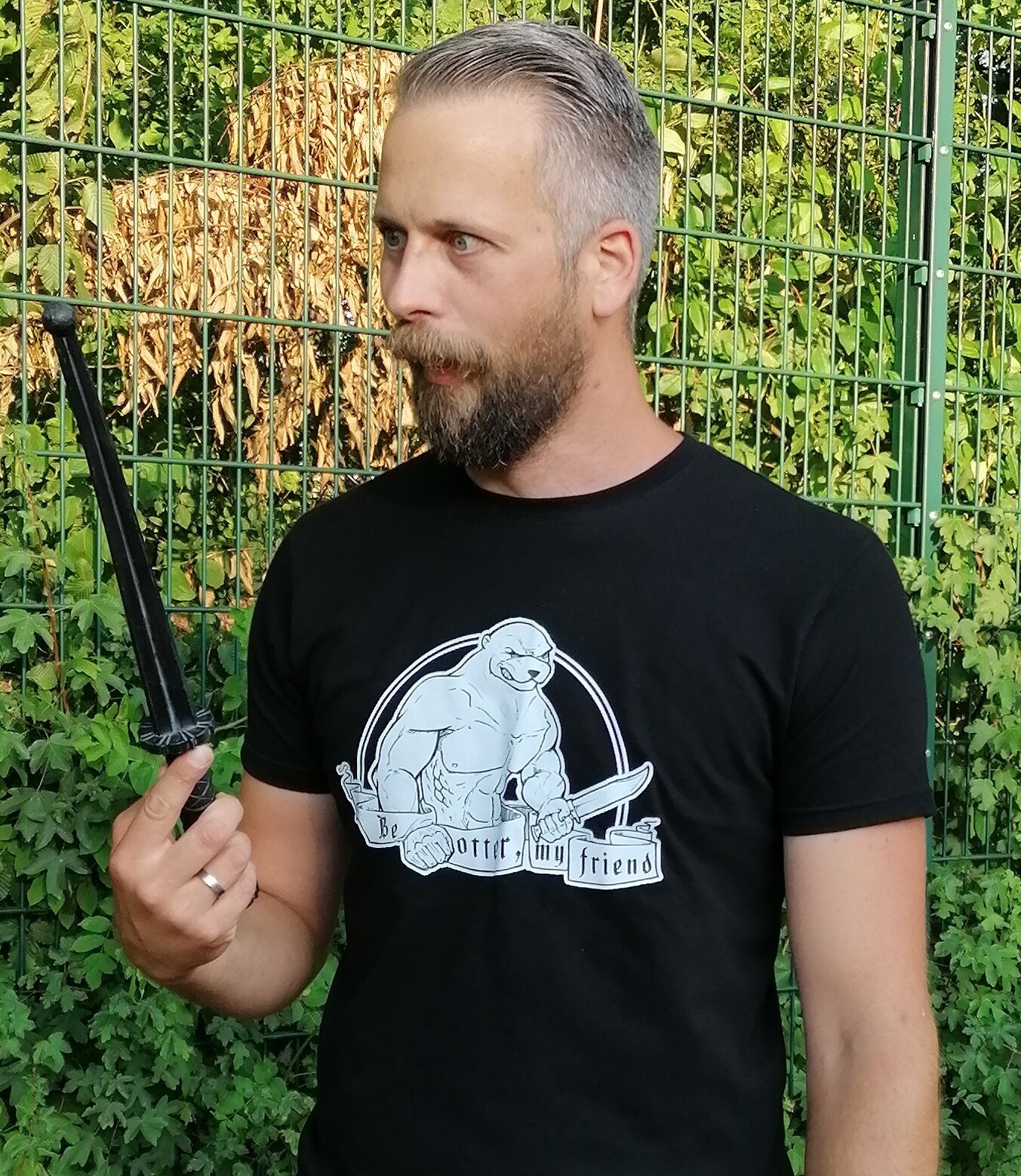 Jan is head instructor for knife and dagger at Tremonia Fechten in Dortmund, Germany.

Having trained Ju-Jutsu for several years, he had decided to look into weapons based martial arts and eventually discovered HEMA for himself in 2012 when he visited the AHA in Glasgow to study the broadsword. After returning to Germany he found Tremonia Fechten and started studying the longsword, but soon focused his own studies on Ringen, Bowie Knife fighting and its roots in Spanish and Scottish arts and eventually the Italian and German dagger sources. Jan’s interests lie mainly with one-handed weapon systems and – obviously – first and foremost close quarter systems like knife and dagger.

As a HEMA instructor his focus is more on the Martial Art itself and its realistic training than on tournaments and the Martial Sport side of HEMA. In this, he tries to comprehend historical systems in their context whilst looking for modern (e.g. forensic or biomechanical) insight to bolster his hypotheses and improve his training methods.

Furthermore Jan is a friend of absurd metaphors, advocate of the otterisation of European Martial Arts and supporter of hop juice fuelled socialising.

Do You Have a Moment(um)? – Getting Physical with the Dagger (Workshop)

In this workshop we will look at a few selected plays from Fiore’s (unarmed versus) dagger section to become aware of the physical processes and properties/quantities at work behind the scenes of a fight. We’ll do this in order to be able to consciously influence them and (ideally) optimise our applications of techniques.

To picture two fighters as bodies with momentum and to ask oneself if one is dealing with a force or an impulse in a certain situation, might sound dry at first. But as this is basically about learning how to hit our partners with the planet one does not need to fear that this workshop might be overly intellectual.

Equipment: One body each, no matter what size.
Recommended: Groin protection.